EVERY STORY HAS A BEGINNING

In 1904, in northern Peru, the Hacienda Agricola de Chiclayo was founded in Chiclayo, a small settlement between the sea and the mountains known as the ‘city of friendship.’ Here, a group of farmers united to trade their sugar, and to this purpose they built, at great personal sacrifice, a small refinery. While there was plenty of raw material, the technology was elementary.

The lack of technical know-how meant that the sugar cane and all its potential could not be fully harnessed. The workforce, coming from the local inhabitants around the hacienda, was also poorly prepared. In 1933 Don Rolando send his eldest son Augusto to study chemical engineering at Cambridge University. In the summer of 1938, a ship destined for Peru left London, carrying the precious cylinder mill machinery for the sugar and for the distillation a Scottish column still.

The 1950 was an unforgettable year for the young Augusto Piera de Castillo: Ron Millonario was officially born. The rum was the fruit of hard work, but since few could afford to sample it, it acquired the name “para los millonarios”, in acknowledgement of that exclusive club of individuals wealthy enough to buy the spirit and enjoy its unique charm.

In search of new products, Fabio Rossi landed in Peru in 2004, and discovered a warm, rich product that was a pleasure to drink. He had stumbled upon a genuine treasure of Peru. The Rossi Brothers’ continued belief in the products has begun to pay dividends. Ever more highly rated by experts from around the world, Millonario can count itself among the best.

A SOPHISTICATED AND ELEGANT RUM

A complex rum distilled slowly with old stills to retain the warm, sugary and tropical aromas, then aged up to 20 years. Its soft character, creamy body and rich but delicate bouquet are appreciated by connoisseurs, for a warm and embracing sensory experience. It’s particularly popular among our female customers also thanks to the stylish and distinguished perfume-like bottle: perfect for a gift or for showcasing in a liquor cabinet. 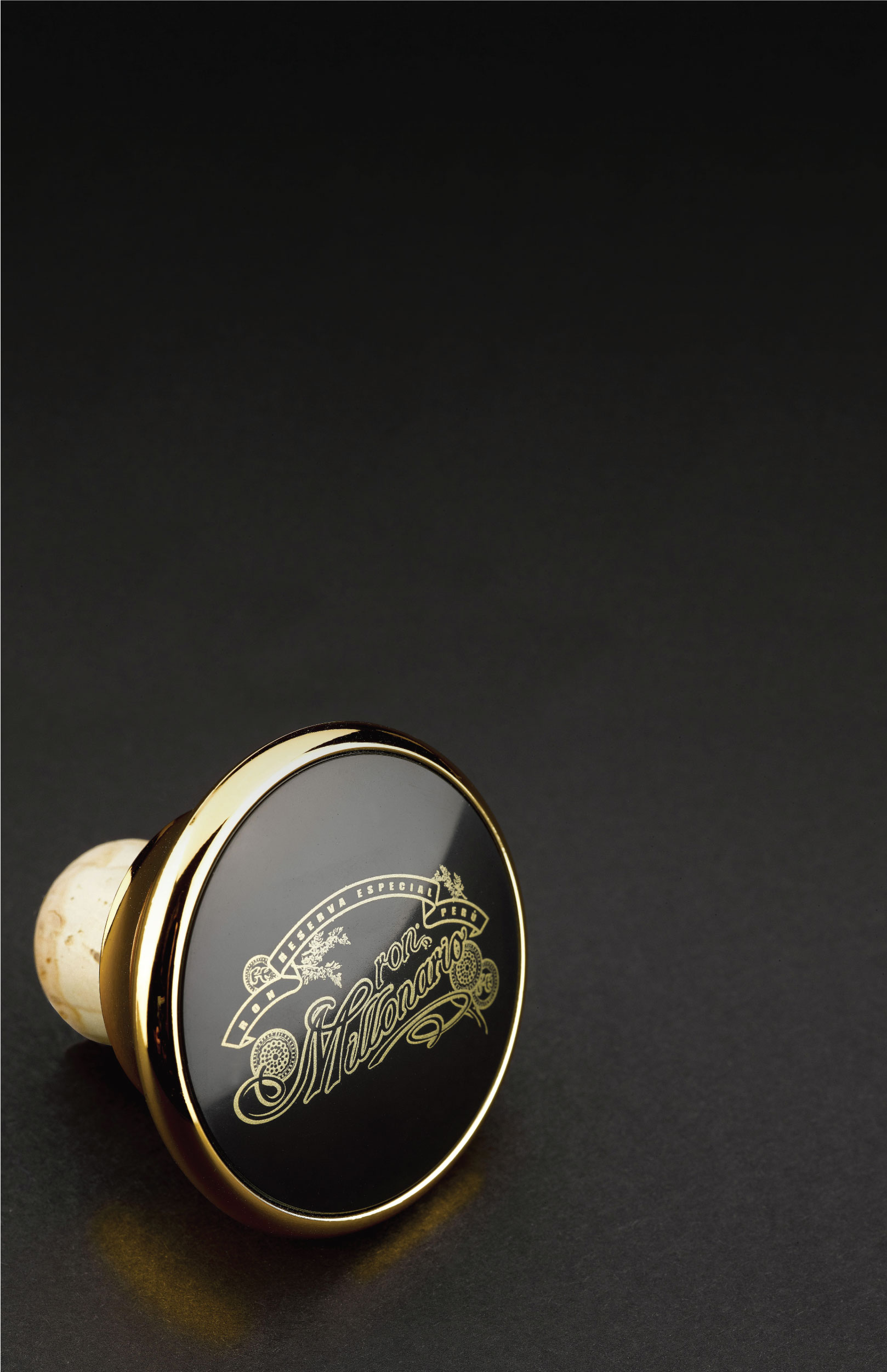 A SWEET BOUQUET, IN A WARM BODY

Its deep amber colour hides a rich and persistent nose, full of candied fruits, cocoa, coconut, plums and cloves. It’s very buttery too. On the palate, we again  have a first spicy flash of cloves, then it becomes fully sweet and syrupy, dominated by butter, toffee, raisins, figs, dates, cola, molasses and dark sugar. A very pastry-like rum, thick and coating, but which ultimately leaves the palate clean.

Warm amber in colour, it has an easy and never aggressive nose. Candied oranges, bergamot tea, vanilla and a hint of cola nut are its main aromas. On the palate, it’s lighter and fresher than the older expressions: mainly it tastes of chestnut and acacia honey, candied oranges and citrons and sultana raisins. Slightly hidden, but still evident, are nuts, chocolate, desiccated plums and apricots. Only at the very end a peppery sting from the alcohol becomes very slightly apparent.

Two thirds of it are made up of rum aged during 6 years in Kentucky Bourbon barrels, which give it a fresh silhouette and aromas of vanilla, banana and white fruits. The other third has been matured for 10 years in barrels of the best wine in Jerez, which give it maturity and complex tones, evocative of the dry trait of the wine, with hints of dark chocolate, raisins and dried apricots. A combination created to make a difference